What does the future hold? – Rentech Solutions
Close 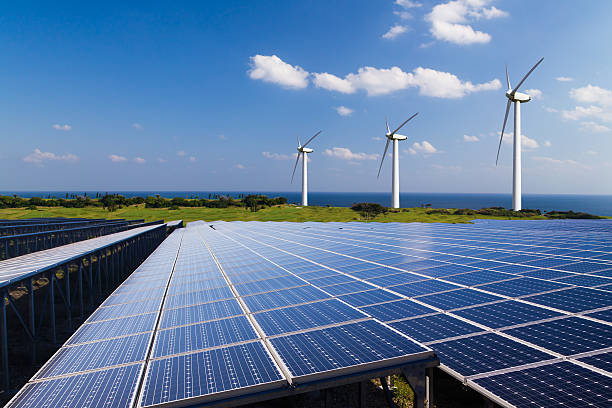 At the Glasgow climate summit, South Africa announced that it had secured commitments for $8.5 billion in financing over the next five years from Britain, France, Germany, the United States and European Union to help install more clean energy and accelerate the country’s transition away from coal power.

As the world’s 15th-largest carbon dioxide emitter, South Africa relies overwhelmingly on coal, which supplies 87 percent of the nation’s electricity. While we have pledged to reduce our overall emissions between now and 2030 as part of global efforts to tackle climate change, the obstacles are not insignificant. Rentech’s Industrial Business Manager, Gerrit Steyn, looks into a future of change.

Firstly, coal, which powered the industrial revolution, is still the world’s largest energy source for electricity generation. The world – including South Africa – still has abundant reserves of coal, distributed across the planet. Coal is still quite cheap and coal prices tend to be more stable than gas or oil prices.

The principal disadvantage of coal is that it is polluting and releases the most carbon dioxide per kilowatt-hour generated of all energy sources for power generation. Coal stations release huge amounts of carbon dioxide, gaseous compounds, heavy metals, such as lead and arsenic, and radioactive materials such as thorium and uranium, into the atmosphere. The waste from coal stations is either poured into the air or dumped onto ash tips.

The scientific evidence that global warming is largely due to the rising CO2 levels in the atmosphere is overwhelming and, furthermore, that the rising CO2 concentration is due to human activities. Every scientific society and every research organization working in the field of climate change accepts this view. It has become increasingly recognised that renewable forms of energy must replace fossil fuel where possible and that this must be done soon. Of course, there are limits to what can be replaced as we unfortunately still depend on fossil fuels for transport, both now and in the foreseeable future. Other areas, such as electricity production using fossil fuel, can and should be phased out.

The world is undoubtedly experiencing a rapid energy transition driven by electricity, boosted by a strong growth of wind and solar power generation, and further decarbonisation of the energy system, including the decline in coal, oil, and gas, in that order. By mid-century, experts predict an energy mix split roughly equally between fossil and non-fossil sources, taking into account expected developments in policies, technologies and associated costs.

In a decarbonizing world, the only plausible way of continuing with fossil fuel generation lies with the adoption and amalgamation of new and emerging technologies. The energy sector is moving from a century with very little fundamental technical change to one where almost every dimension is being profoundly disrupted.

Tough business and policy choices lie ahead, but also plentiful opportunities for those who master the wave of the energy transition. With existing technologies, it is a matter of political will to change the status quo and move away from fossil fuels. Technical change is taking place at all stages of the electricity vertical chain – from generation to storage and batteries, through to the way energy is consumed, and the new materials and production processes which lie behind the industrial demand for electricity.

Much depends on governments around the world having the will and energy to drive a non-fossil fuel policy. In the end these choices boil down to a basic moral decision for the sake of future generations.

Rentech’s products are of the highest quality and certified according to European standardisation specifications. We always prioritise high-performance product options that come with specified warranties.

Established within the AutoX battery group, Rentech has a robust track record as one of the leading suppliers of solar batteries and backup power solutions. This track record extends further into batteries for materials handling equipment as well as leisure vehicles and equipment.